DISCLAIMER: I do not condone nor endorse installing parts or accessories on a firearm that were not specifically designed for it. If and when I do so, it is at my own risk. If you make a decision to do something similar, it is similarly at your own risk and has nothing to do with me.

The local gun range was clearancing out a bunch of their wares because apparently they had to make some extra space so they can do some construction. We’ve been taking The Kiddo up there on Monday evenings for air rifle training. Since we were there, we decided to check out what they had on clearance. The big clearance shin-dig happened last week sometime, and we deliberately didn’t go.

As both of you probably know, money has been tight recently. Sales on The Holster Site have been slow, which is normal for a brand-new business. Still, the rationalization of the facts unfortunately does not pay the bills. We didn’t really want to get tempted to blow our grocery money on the great deals, so we avoided the main sale event.

They had the dregs of the clearance items in one corner of the facility when we were there yesterday. Since this is like the ‘third-day-garage-sale’ stuff, we decided to give it a quick look. We probably shouldn’t have, but SCORE!!!! 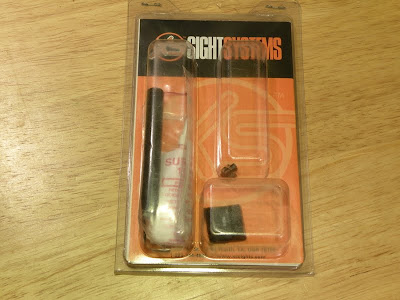 Tritium pistol sights! We had been wanting to get some night sights for our S&W M&P’s! They didn’t have any to fit the M&P, but they had them to fit some of the older Smith pistols. I thought to myself (or possibly out loud – sometimes I get confused), “How many different dovetails could Smith & Wesson possibly cut into their slides?” I unloaded my M&P45c to compare. At a precursory glance, it looked darned close! It might be worth the gamble to get a couple sets! How much of a gamble though? 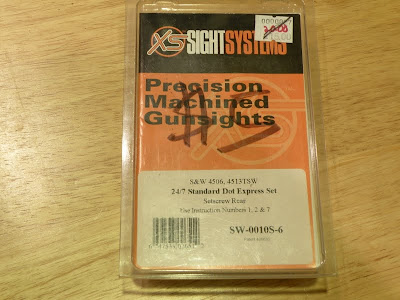 Not the $115.00 original price, not the $20.00 marked down price, but a mere $5.00! Worth the gamble? Oh hell yeah. Does it hurt the budget? Only nominally. So, we got the stuff home and I went about seeing if everything would fit right. Here’s what came in the kit: 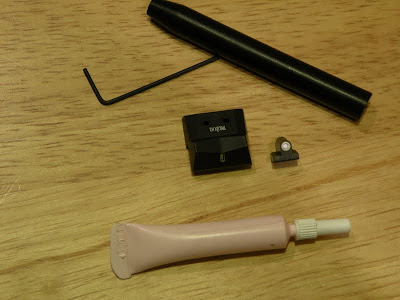 The front sight is actually marked with the Trijicon logo and has the white ring around the tritium tube. The rear sight has the v-shaped sight groove highlighted with a trijicon ‘I’ to dot with the front sight. (I haven’t been crazy about the three-dot stock sights on my M&P anyway.) You can see the kit also came with an allen wrench to stake the rear down, some generic thread locker, and a plastic drift that feels and smells like Delrin. I know it’s weird to describe a polymer by its smell, but there you have it.

The front sight was slightly taller than the stock blade, but would slide into the end of the dovetail securely. Since it was taller though, if I tried to use it with my stock rear, it would make my POI low. We can’t have that! So, I decided the only rational thing to do was to pull my factory rear and see if I could get the XS on there. The M&P series pistols have a strange little block mechanism in the slide that is spring-loaded against the rear sight. So unless you are careful, it will come apart like a Chinese watch. The guy in this video shows us all about it except how to get the thing back together: 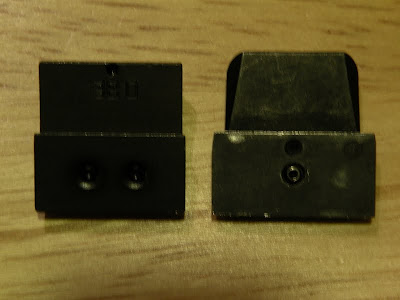 Looks close enough to me! So I hammered the replacement sight into place and cranked down on the set screws. Then I proceeded to remove the front sight. 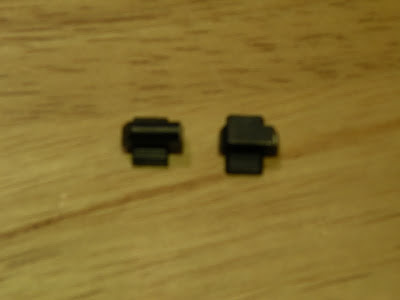 They look pretty close too! 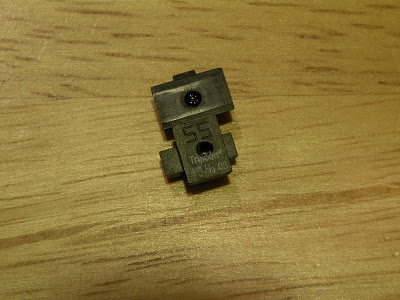 This actually gave me more problems than I like to admit. It wanted to catch towards the middle of the dovetail slot on the slide. So, I’d have it almost tapped into the center and it would pop across to the other side. It was horribly frustrating. Eventually, after cussing and tossing my hammer and some deep breathing, it centered for me.

I went to reinstall the slide on the frame only to find that the little block dealy from the video that sits under the rear sight would not compress and allow the slide to clear. Apparently, the spring was bound up inside the hole. So, I pulled the rear sight back off, shot the spring into a mystery location until Jenni helped me find it, let her wrestle with the spring for a while and eventually put everything down. I was pretty well resolved that it wasn’t going to go together that evening. That’s okay.

Then we had to give it one more try. I pushed up on the thingie from the underside of the slide and used my finger to compress the spring completely into the hole. I then slid the disk over it, keeping pressure on the underside to hold the two pieces flush with the spring compressed. That allowed me to get the rear sight slid far enough on that I could let go and tap it into place. Then the slide went on and the pistol functioned almost normally. Almost.

Remember how the original rear sight had one set screw in the middle and the replacement has two? One of those set screws strikes the little disk that holds the little spring. With the set screw torqued down it was pushing the disk and distorting the spring so that the slide and trigger didn’t want to play nice with each other. But, I was undeterred for two reasons. 1 – The replacement was actually a far tighter fit than the original. 2 – The original only had one screw holding it down – I’m sure this one will be fine with just one screw too. I simply backed off the offending screw and checked everything else for tightness.

And, the results? Voila! 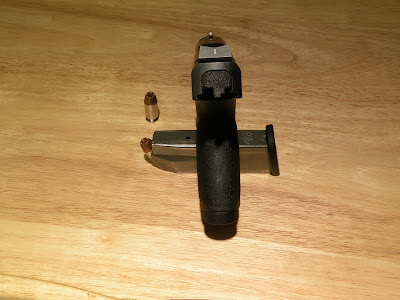 I wouldn’t believe they weren’t intended for that gun if I had to take someone else’s word for it. 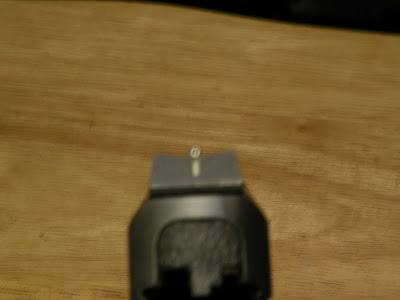 Now, these had been sitting on a shelf for quite some time. So, a very valid question is do they still work? Let’s see that last sight picture with the lights off. 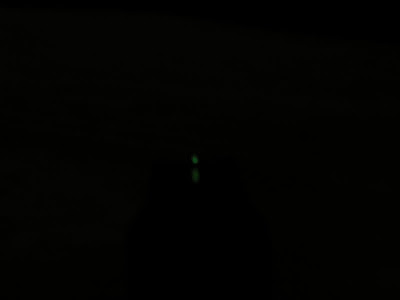 That ought to make it easier to sight the gun in near-dark conditions! We got two sets of these, one for Jenni and one for me. When I finally got the set installed on my pistol, it was far to late to think about doing the same thing to Jenni’s. Maybe I’ll install hers this evening.

DISCLAIMER REPRISE: Don’t try this at home! Just because I did it does not make it advisable or a good idea.